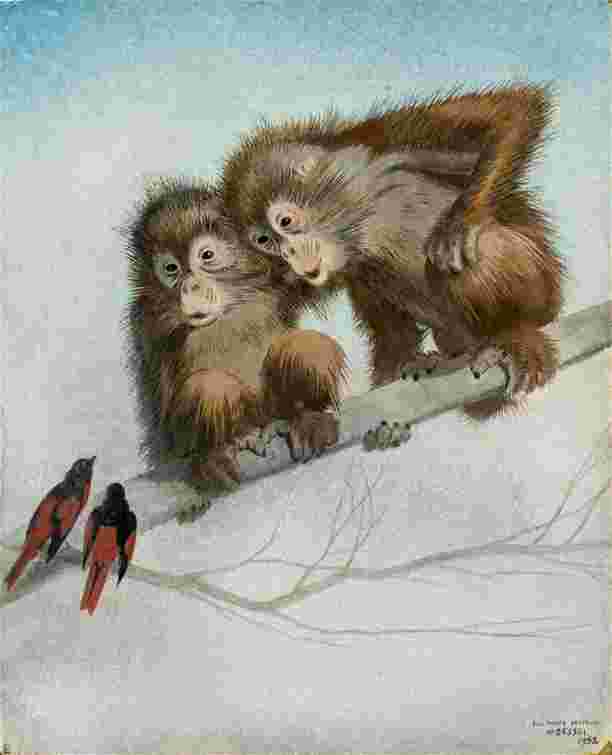 BIOGRAPHY:
The painter Julius Moessel completed the eighteen murals in The Field Museum's Plants of the World exhibit comparatively late in his career. Moessel was one of the Chicago art scene's most notable figures from the late 1920s through the 1950s-but the Chicago years were actually a second career for the
German artist.
Born in 1871 in Furth, Moessel studied at the Munich Academy under Rudolph von Seitz, and while still in his twenties established a successful career as a muralist and painter of architectural decoration.
At the age of 15, he was executing architectural decoration in an academic style, working with architects in Germany. After moving to the U.S., he continued to paint murals, but turned to easel painting as well.
Murals in the Jury Room at Nuremberg (site of the famed war trials), the Court Theater at Stuttgart, and the City Hall at Leipzig are but three of the prolific painter's more notable German projects.

1,923 Followers
Get notifications from your favorite auctioneers.
As Seen On
Shop With Confidence
Since 2002, LiveAuctioneers has made exceptional items available for safe purchase in secure online auctions.
Popular Searches
Artists & Creators
Brands
Style Periods
Origins
Company
Winning
Selling
Â© 2002-2020 LiveAuctioneers. All Rights Reserved.Cookie PolicyTerms & ConditionsPrivacy Policy
This site is protected by reCAPTCHA and the Google Terms of Service and Privacy Policy apply.
BACK TO TOP