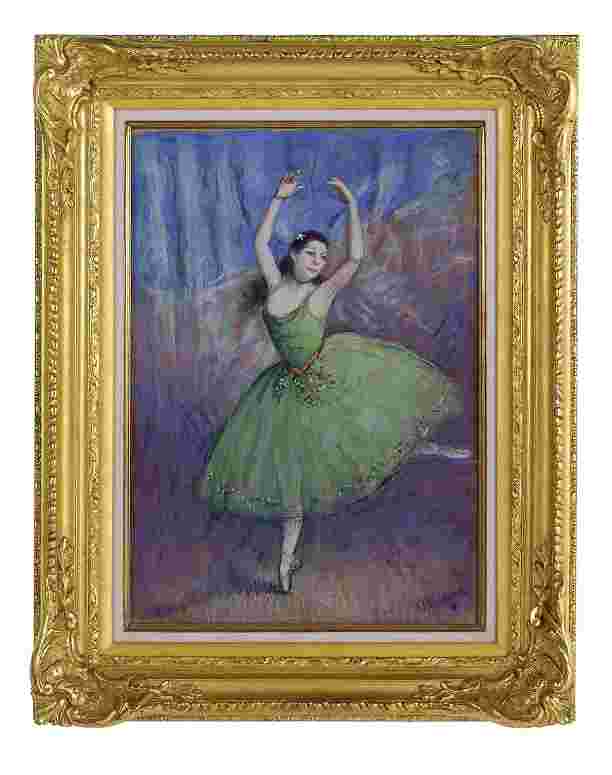 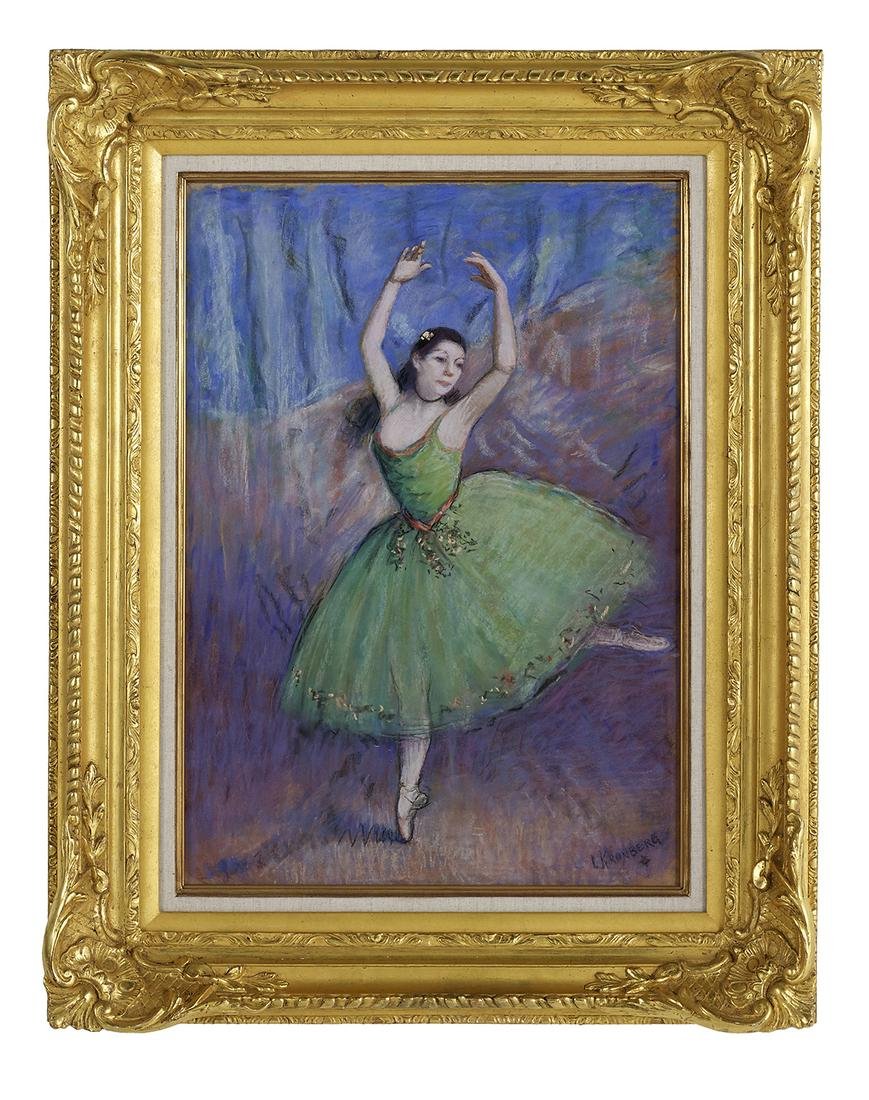 pastel on board
signed lower right, with extensive inscriptions en verso, including artist name and address, medium and title, as well as several labels, including a "Guarisco Gallery" label.
Glazed and framed.
29" x 20", framed 39-1/2" x 30-1/2"

Notes: Often referred to as the American Degas, Louis Kronberg was a prominent early 20th-century artist, best known for his depictions of the performing arts, particularly dancers in fine pastels. A native of Boston, he first studied at the Boston Museum School under Edmund C. Tarbell and Frank Weston, but his work is more directly influenced by the French Impressionists he was exposed to in Paris while studying at the Academie Julian (1894-1896) under Raphael Collin and Benjamin Constant as a Longfellow Traveling Scholar. Kronberg was immediately attracted to the movement and composition of Collin's Asian beauties and use of Japanese woodblocks, Edgar Degas' use of the pastel medium and Whistler's palette-symphonies of color. Kronberg's ability to synthesize these influences into a distinct style that captured the depth of surface texture, the figures' skin, and movement through the building up of layers of pastel or impasto attracted much recognition; he received the Chevalier Legion d'Honneur in 1951, was a member of the Boston Art Club, National Academy of Design and Salon des Beaux Arts in Paris. His work was greatly supported by Isabella Stewart Gardner, who purchased numerous works by the artist and retained his services as an art consultant/ Parisian buyer for the museum.

The two works offered here represent Kronberg's talent for capturing depth and movement - both paintings were executed numerous times through various poses - the dark dancer in green with pale skin closely resembles the celebrated dancer Tamara Gross, and the female nude in repose, seen from the back seated on the couch, was painted at least four times between 1936-1942.